Get fresh music recommendations delivered to your inbox every Friday.

by The Pine Hearts 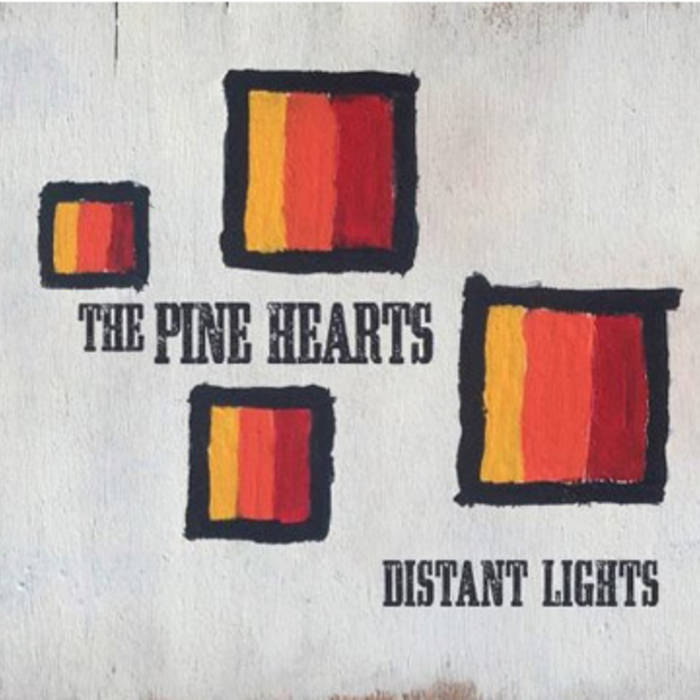 Their brand new album "Distant Lights" was just released and is winning over music lovers across multiple genres and generations. Their soulful songs of hope and happiness despite sunken spirits, broken hearts, and love never dared to be tried, make crowds dance and twirl the night away, forgetting all about their own troubles. The trio masterfully takes you on a musical journey ranging from hard-­‐driving and foot-­‐stomping, to smooth and sultry utilizing their tremendous picking prowess on guitar, banjo, and mandolin to envelop their audience in a comforting blanket of notes.

Together for only a short six months, the Pine Hearts are an amalgamation of three of the Northwest’s finest pickers and songwriters who are no strangers to the West Coast roots music scene. Joe’s pop/punk sensibilities (The Pasties) and roots driven Americana (The Blackberry Bushes), mix together with Lob Strilla’s bluegrass (Head for the Hills), and rockier edges (The Tilted Stilts). Blend in Derek McSwain’s traditional bluegrass licks (The Oly Mountain Boys), and you have a “recipe to be cheerful,” as alt-­‐weekly Olympia Power & Light recently remarked.

As the story goes, in the summer of 2012 Joe and Lob, who had known each other for years, got together with Derek to form The Pine Hearts. Sparks immediately Qlew and the three knew they were onto something special. Distant Lights” like the Pine Hearts, came together effortlessly and quickly. After three months and thirty shows the "Hearts" hit Bob Schwenkler of Bicycle and K Records, home studio in Olympia Washington. “Distant Lights” was recorded and mixed in Qive energetic inspired days. Seven of eleven songs are written by Capoccia with three contributions by Strilla, and one traditional, the instrumental “Big Sciota.” The lead off anthem-­‐esque track “Don’t let the Stars Bring You Down,” is driven by an infectious melody, catchy chorus and Cappoccia’s breathy vocals. “Ok Ok” also written by Cappoccia, has a similar sing-­‐a-­‐long feel, while “The Heartache Or The Whiskey,” “Virginia,” and “Alright Fine,” show off more of Cappocia’s and “The Hearts” lamenting side. Strilla’s bluegrass driven “Last Man Standing” showcases the trio’s expert picking, and relaxed harmonies, urging all “to take it easy.”

Derek's solid, well-­‐versed bluegrass chops, mixed with Joe's punk background, and Lob's rock edge, make up the distinctive sound of the Pine Hearts and the songs heard on “Distant Lights.” This powerful acoustic trio, although only together a short while, are already hard at work at their second album. The Pine Hearts are dedicated to singing soulful original songs that may seem like punk, possibly rock-­‐and-­‐roll, and often times bluegrass or country, but no matter the case, people agree that it always goes down easy.

Just beneath the eaves of Washington's Cascade Mountains, The Pine Hearts are combining wood, ore and soul to channel the organic spirit of the untamed Pacific Northwest. Their sound, like the environment around them, is ever-changing, harnessing classic country songwriting, the powerful emotive themes of experimental folk, and the blazing-fast pickin' rhythms of traditional Appalachian bluegrass ... more

Bandcamp Daily  your guide to the world of Bandcamp